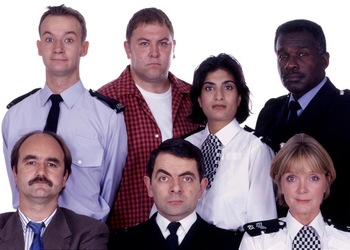 The series was apparently modelled on the classic World War II-themed show Dad's Army, an ambitious target to live up to even without the inevitable Blackadder comparisons. The BBC's website sums up the show thusly: "Should've worked. Didn't."

Not to be confused with the Errol Morris documentary, nor The Thin Red Line.