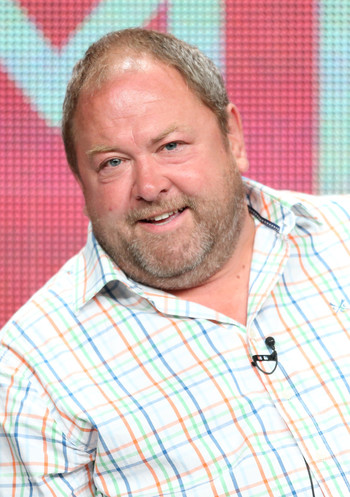 Mark Addy Johnson (born 14 January 1964 in York, England), known professionally as Mark Addy, is an English actor. In film he's perhaps best known for his role alongside Robert Carlyle in The Full Monty.

Addy's heavyset appearance and talent for comedy means he often plays somewhat bumbling if good-natured characters, particularly in film where he usually acts as comic relief. However, he's branched out with critically acclaimed performances as haunted solicitor John Piggott in Red Riding and the self-destructive, hedonistic King Robert Baratheon in Game of Thrones. He most recently played Hercules in the British fantasy drama Atlantis.