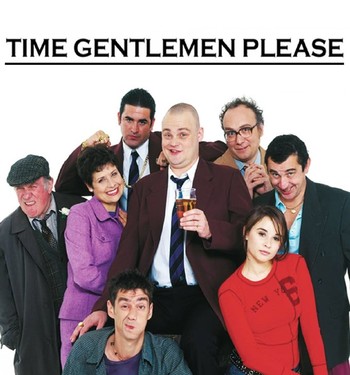 Time Gentlemen Please is a British sitcom that went out on Sky in September 2000 and lasted until May 2002 after two series, clocking in at 37 episodes altogether. It starred Al Murray as Guv, a politically incorrect pub landlord (not the same as The Pub Landlord, Murray's stand-up character) who is abusive to most people he serves drinks to. It was written by Richard Herring and Al Murray.

Not to be confused with Time, Gentlemen, Please!, the sequel to Ben There, Dan That!.