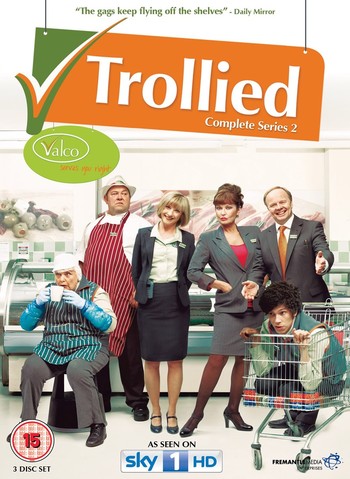 Trollied is a Brit Com about the employees of a (fictional) supermarket, Valco. The series is set in Warrington, Cheshire. The first season aired on Sky 1 in August and September 2011. A second series aired August to November 2012 with a Christmas Episode airing that December. Series 3 started late August 2013 and will run for 13 episodes. The fourth series started on 3 November 2014 and concluded on 22 December 2014. A fifth series began airing on 2 November 2015 and ended on 14 December 2015. A Christmas special aired on 23 December 2015. A sixth series began airing on 7 November 2016, ending with a Christmas special on 19 December 2016.The employees that the show mainly focuses on are: