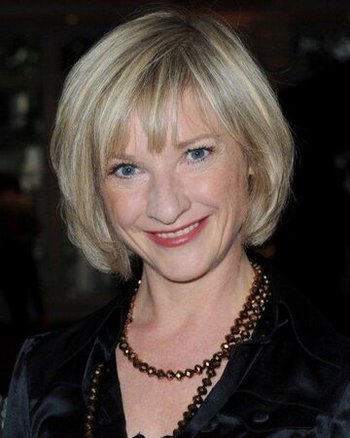 Barbara Jane Horrocks (born 18 January 1964) is an English actress, comedian, voice artist, musician and singer, who played the roles of Bubble and Katy Grin in the BBC sitcom Absolutely Fabulous (1992–2016).

She was nominated for the 1993 Olivier Award for Best Actress for the title role in the stage play The Rise and Fall of Little Voice, and received Golden Globe and BAFTA nominations for the role in the 1998 film adaptation Little Voice. Her other film roles include parts in The Witches (1990), Life Is Sweet (1990), Chicken Run (2000), Corpse Bride (2005) and Sunshine on Leith (2013).