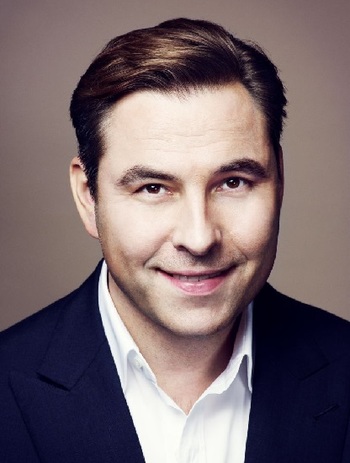 David Walliams OBE (born David Edward Williamsnote He took the Stage Name "Walliams" because there was already a "David Williams" in Equity; 20 August 1971 in Wimbledon, London) is an English comedian, writer, children's author, and actor, known for his partnership with Matt Lucas on the TV sketch show Little Britain. He also swam the English channel once for charity.
Advertisement:

He has also written and starred in the television series Big School and his series of children's books; The World Of Walliams: