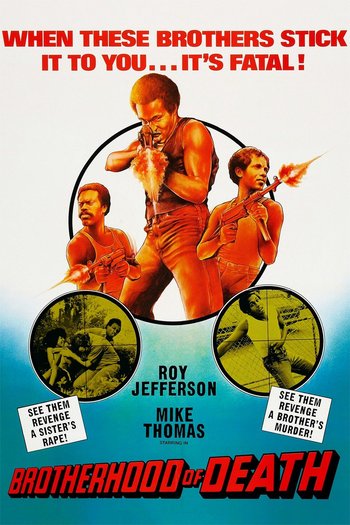 "Watch the brothers stick it to the Klan!"
Advertisement:

Brotherhood of Death is a 1976 Blaxploitation film.

Three black men learn combat skills in Vietnam. They decide to use this information to defend their community when they get home. The Ku Klux Klan don't like this, and start a campaign of harassment against them. This leads to an all out war between the two factions.