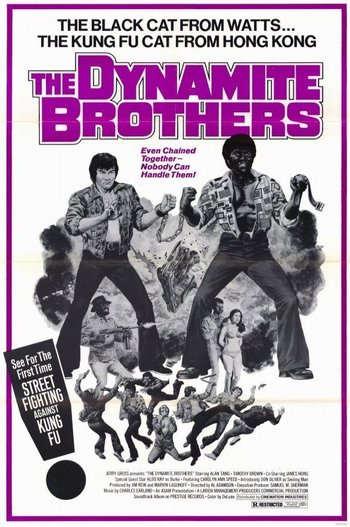 Larry Chin (Alan Tang) has sneaked into the United States via the port of San Francisco to search for his brother (James Hong), who disappeared some time before. He crosses paths with Stud Brown, and they combine their efforts to intervene in a gang war, stop a flood of drugs into the ghetto (the Watts area of Los Angeles), keep one step ahead of a corrupt cop and find Larry's brother. The film combines elements of Blaxploitation and Martial Arts Movie styles.

Cinematic Titanic riffed on the film for several live shows, one of which was released on DVD.