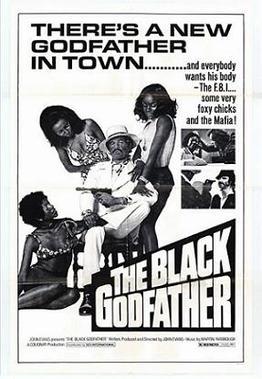 The Black Godfather is a 1974 Blaxploitation film.

In his youth, J.J. was saved from a robbery on a gangster's house Gone Horribly Wrong by the crime boss of the local black community. Now, J.J. has become a top lieutenant in the crime ring. Unfortunately, the aforementioned gangster has come to sell heroin to the community. When J.J. objects, they kidnap his girlfriend, sparking a Mob War.