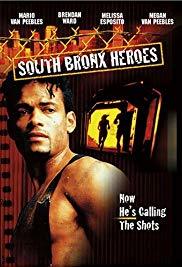 Paul and Michelle are two orphan teens fostering with the Bennett family. Unfortunately, the Bennetts use their foster kids to make child pornography. The kids run away, and stumble upon ex-con Tony. Tony, disgusted by the heinous deeds, decides to help the siblings rescue the other children.