Film / Space Is the Place 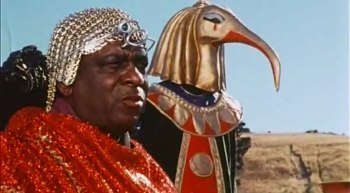 Space Is The Place is a 1974 film, directed by Joshua Smith, and centers around cult jazz musician Sun Ra.

Sun Ra is being reported lost since his 1969 European tour. He lands on a new planet in outer space with his band, the Arkestra, and decides to settle Afro-Americans there. He travels back in time to 1943, when he was a pianist under the name of "Sonny Ray". There he confronts a pimp-overlord named "The Overseer" (Ray Johnson) and they agree on a card game to decide the fate of the black race. 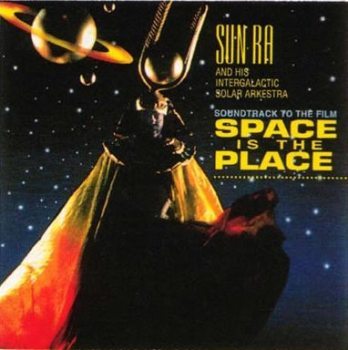 There are two Sun Ra albums with the title "Space Is The Place". The 1972 album has nothing to do with the film. The 1993 album is the official Cult Soundtrack.

The soundtrack album provides examples of :