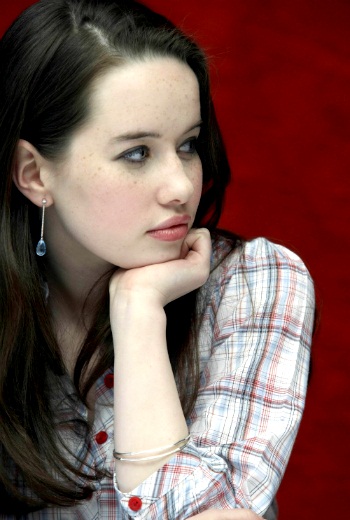 Anna Katherine Popplewell (born 16 December 1988 in London, England) is a British actress, best known for her role as Susan Pevensie in The Chronicles of Narnia film series since 2005.

She began acting professionally in the TV production Frenchman's Creek. She made her film debut in 1999 in the film Mansfield Park and has since appeared in supporting roles in films like The Little Vampire and Girl with a Pearl Earring, with Scarlett Johansson. In 2001 she appeared as Victoria in the BBC serial Love in a Cold Climate. Her first major role was in the film The Chronicles of Narnia: The Lion, the Witch, and the Wardrobe, where she played Susan Pevensie (and her brother Edmund for one shot where neither Skandar Keynes nor his regular double were available). In 2012, she played UNSC cadet Chyler Silva in Halo 4: Forward Unto Dawn. In 2013, she began playing series regular Lola in the CW series, Reign.