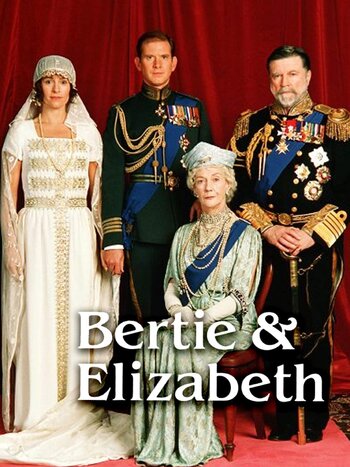 Bertie and Elizabeth is a made-for-TV romance movie about King George VI ("Bertie") and his wife, Lady Elizabeth Bowes-Lyon. It depicts their life together, from their first meeting to his death from cancer in 1952.

This telefilm provides examples of: