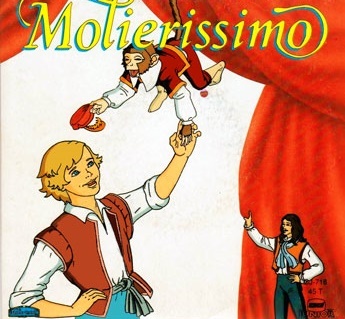 Molierissimo is a French animated series in 26 episodes. It started airing on the Canal+ channel in 1989, then it was rerun on France 3 in the 1990s.

The story is that of a young orphan and apprentice stage magician named Quentin, who joins the theatre troupe of Molière (voiced by Claude Giraud in French) in the hope of becoming an actor, and journeys through the 17th century kingdom of France under the reign of Louis XIV with them.