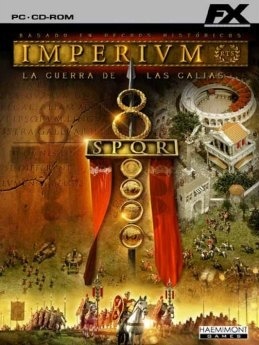 The franchise consists of the following games/series:

The franchise took a major Genre Shift with Civitas in 2006, becoming a Rome-centered Construction and Management Games instead of their previous and more known focus on warring. However, a sequel based again on strategy and potentially named Imperivm: Julius Caesar is allegedly in Development Hell.

Mainly distributed in Europe, the series was insanely popular in Spain and Italy and was acclaimed for its historic contents and educative value.