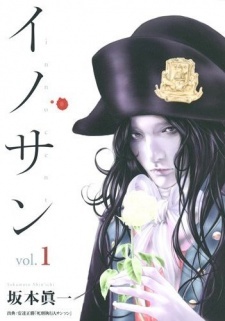 Innocent is a historical drama seinen manga created by Shinichi Sakamoto, the author behind the acclaimed Kokou no Hito.

In 18th century France, during the last days of the french monarchy in the reign of Louis XVI, the Sanson family, appointed as the royal executioners by the king himself, are struggling with the reluctance of the eldest son, Charles-Henri Sanson, to succeed his father. The story centers around Charles' struggle as a kind, sensitive young man, as he faces his harsh fate as the "Monsieur de Paris", and is changed radically in the process. Over time, the series also begins to focus on his sister, the cold, morbid and rebellious Marie Joseph as she struggles to navigate the patriarchal society of the time to become an executioner herself, and her eventual entanglement with Marie Antoinette.

The series was originally serialized in Young Jump, and ended publication at 9 volumes. A sequel series continuing the story, Innocent Rouge began serialization shortly afterwards in Grand Jump and ended on February 19, 2020, through the publication of Rouge's final volume. A musical adaptation of the series, called "Innocent musicale", ran from November 29th to December 10th of 2019.Innocent Rouge is now a finished series.