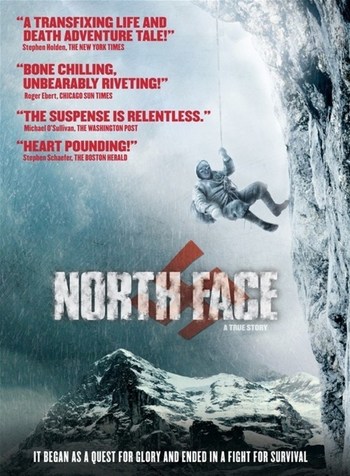 North Face (Nordwand in the original German) is a Based on a True Story German historical drama film from 2008. It recounts the attempt to climb the north face of the Eiger, a mountain in Switzerland, in 1936. The main characters are Andreas "Andi" Hinterstoisser and Toni Kurz, German mountain climbers, and Luise Fellner, a (completely fictional) reporter and Andi and Toni's childhood friend; partway through their climb, the climbers are joined by an Austrian team, Edi and Willy.