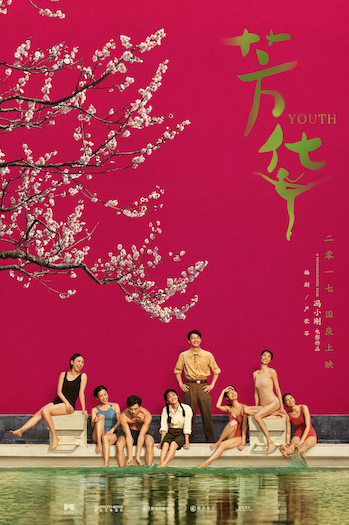 "My name is Xiao Suizi. Back in the 1970s, I was in the southwest part of the country serving in a provincial military arts troupe. I was a dancer. My comrades called me Suizi. The story that I'm about to tell is the story of our arts troupe."
— Opening narration by Xiao Suizi
Advertisement:

Youth (芳华) is a 2017 Chinese coming-of-age drama film directed by Feng Xiaogang and written by Geling Yan. It follows a group of adolescents in a military arts troupe during and after the Cultural Revolution.