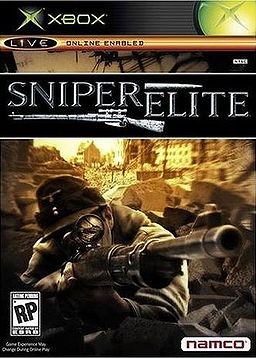 In this game, you are Karl Fairbourne, an American OSS Agent operating in Germany during the final stages of the Second World War. You conduct various missions and operations against invading Soviet forces over-running Germany and remnants of the Nazi Army still in the cities. Your goals are usually oriented toward hindering the Soviets from receiving information regarding nuclear weapons development from the falling Nazi Government. You also render aid to the local German Resistance Fighters as they fight the Soviets.

The main selling point of the game is the realistic sniping system. This includes the effects of wind, posture, heartbeat, bullet drop due to gravity, and even being shot. The game has adjustable difficulties which adjust the challenge of the AI and the realism of the shooting effects. The player can earn Points of Fame for shots they make. A bullet cam effect is shown when the player makes headshots at 30m and out. The effect also sometimes triggers other kill-shot events.

Unlike its contemporaries at the time such as Medal of Honor and Call of Duty, the player will die easily if they don't fight smart as the AI uses flanking, cover, and grenades to good effect. Being quiet and sneaky goes a long way.

The game received a sequel/Reboot in the form of Sniper Elite V2.