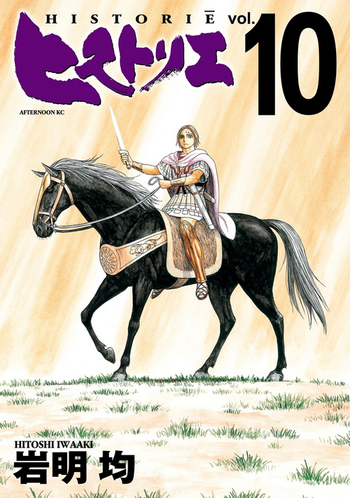 Looking back now... I believe the library was the beginning of everything.
Advertisement:

Historie is a manga by Hitoshi Iwaaki, creator of Parasyte, which began serialization in Monthly Afternoon in 2003. A historical epic, it tells the story of Eumenes of Cardia, secretary and servant of Alexander the Great. Just don't check his Wiki entry.

While on the run from the Persian Empire, the Aristotle meets the young Eumenes, a Greek in barbarian garb. The quick-witted Eumenes helps Aristotle escape to Europe from Asia. Both are on their way to Cardia, Eumenes' hometown. There Eumenes sees it under siege by a Macedonian army, and soon his life will take an entirely different path.