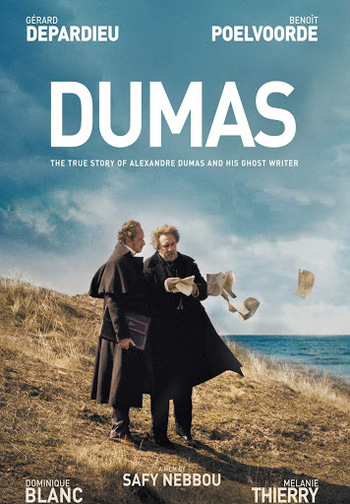 It stars Gérard Depardieu as the titular famous writer as the film explores the friendship of his chief collaborator, Auguste Maquet (Benoît Poelvoorde). Maguet has taken Dumas' name in order to seduce Charlotte Desrives (Melanie Thierry), which causes a dispute between the two.

Alternative Title(s): The Other Dumas