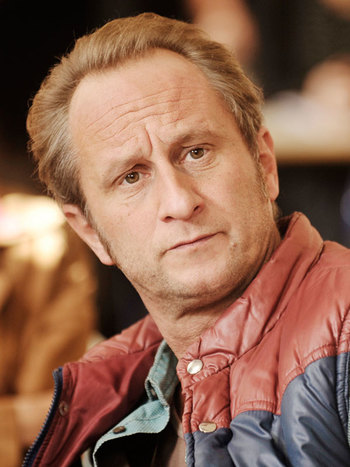 Benoît Poelvoorde (born September 22, 1964 in Namur) is a Belgian actor.

Coming from the francophone region of Wallonia, he was noticed thanks to the role of a wacky Serial Killer he played in the 1992 independent Black Comedy Mockumentary film Man Bites Dog (C'est arrivé près de chez vous). Further works on French television and cinema cemented his prominence in the European francophone film and TV industry.

Since 1997, he has been regularly cast in main roles in mainstream French films, mostly comedies.