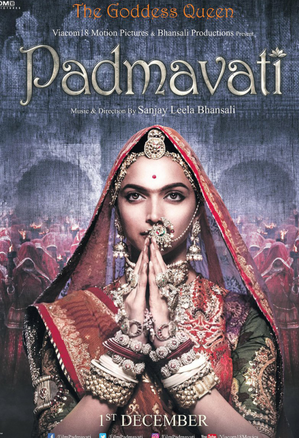 Padmaavat is a 2018 Bollywood period drama film, directed by Sanjay Leela Bhansali and starring Deepika Padukone, Shahid Kapoor, and Ranveer Singh. It's loosely based on the epic poem Padmavat.

Princess Padmavati mistakes King Ratan Singh for a deer and accidentally shoots him. After she treats his wound the two of them fall in love and get married. Meanwhile Alauddin Khilji has killed his uncle and declared himself Sultan. When he hears of Padmavati's beauty Alauddin decides he wants to have her for himself, so he declares war on Ratan Singh.