Literature / Once Upon a Marigold 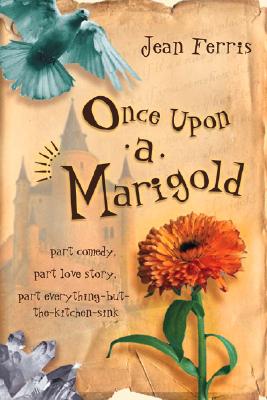 Once Upon a Marigold is a Young Adult novel by Jean Ferris.

Edric the troll lives a quiet, comfy life in the woods with little more than his two dogs and his campaign to get the Tooth Fairy fired on his mind. Of course, that all changes abruptly when he finds a little boy hiding in the bushes, who follows him home and refuses to leave. Edric ends up raising the boy, named Christian, but he quickly grows up and begins nursing a crush on the local princess. When Christian leaves the cave to find his place in the world, it isn't long before he gets wrapped up in something much, much bigger than he could anticipate.

Tropes found in the books include: