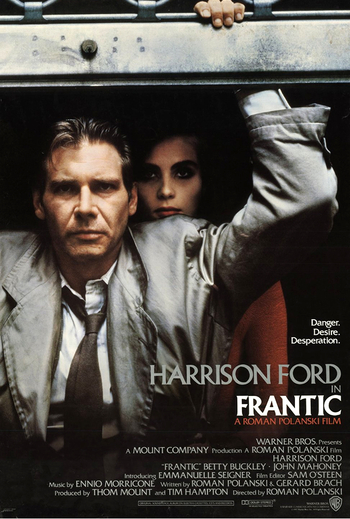 Dr. Richard Walker (Ford) is a San Francisco surgeon visiting Paris with his wife Sondra for a medical convention. At their hotel Sondra is unable to unlock her suitcase, and Walker realises she's picked up the wrong one at the airport. While Walker is taking a shower, his wife mysteriously disappears from their hotel.

A witness claims to have seen Sondra being forced into a car, but both the French police and the U.S. embassy are skeptical, assuming she’s just run off with another man. Forced to investigate the matter himself, Walker runs into the owner of the suitcase, a young French girl called Michelle (Seigner) who works as a smuggler. As Michelle's contact (who was going to pay her) has been murdered, she and Walker must work together, finding themselves caught between two rival Middle East factions trying to get their hands on whatever it was Michelle was smuggling.

No relation to a series of browser games.