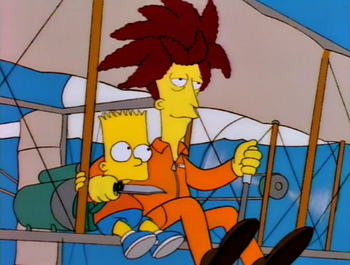 Sideshow Bob steals a 10-megaton nuclear weapon and threatens to detonate it at an air show unless Springfield gives in to his demand to shut down all television broadcasts.