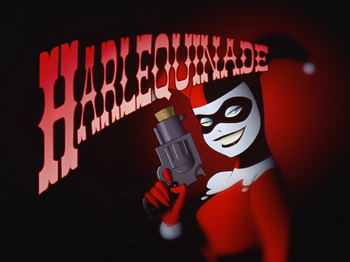 The Joker steals an atom bomb, so Batman and Robin must team up with Harley to find him and stop him.

The punchline is that the Joker is actually pleased to see that she had it in her to shoot him.