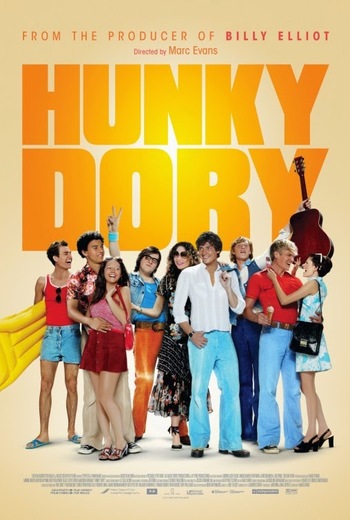 In the summer of 1976, a British drama teacher attempts to motivate her apathetic students by staging a rock musical version of The Tempest. The movie follows both the struggles of the embattled teacher as well as the many dramas that befall the adolescent stars of the play.

Not to be confused with the David Bowie album Hunky Dory that the film was named after.