Film / It Comes at Night 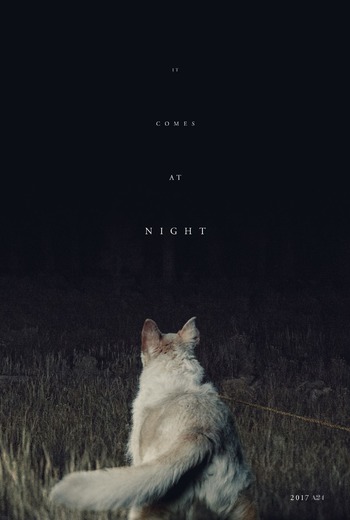 By the time the film starts, a contagious outbreak has ravaged the world. Paul (Edgerton), his wife Sarah (Ejogo) and their teenage son Travis (Harrison Jr.) have survived by living in isolation in the woods and maintaining a strict code of conduct — certain doors stay locked, and unless it's an utmost emergency, going out at night is strictly forbidden.

However, their stern order is disrupted when a desperate young family — another combination of husband (Abbott), wife (Keough), and son — arrives at their doorstep seeking refuge. Despite the best efforts of both families, paranoia and distrust begin to build, leading to complications that put their security and humanity to the test.

It Comes at Night provides examples of: