Film / It's a Boy Girl Thing 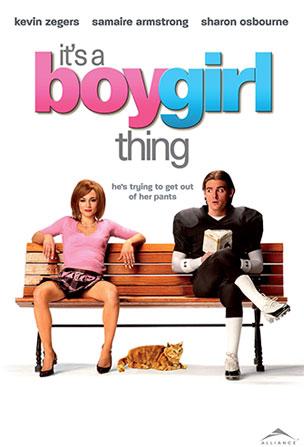 Nell (Armstrong) and Woody (Zegers) are high school students and life long neighbours who have always got on each other's nerves: she is an uptight straight-A student and he is a popular football jock. On a field trip to a museum they start arguing in front of the statue of an Aztec god. The following morning they wake up in each other's bodies and Hilarity Ensues...