Literature / In Search of Dorothy 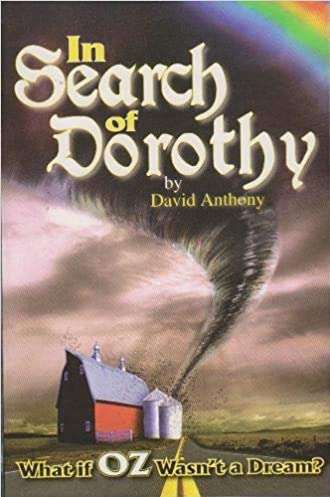 In Search of Dorothy is an independent series of Land of Oz books by David Anthony, mainly based on the MGM movie The Wizard of Oz. The first two books, In Search of Dorothy and The Witch's Revenge, were published in 2006 and 2007. A third book to conclude the trilogy, Dorothy and the Wizard's Wish, never made it to publishing status, leaving the books on a cliffhanger.

Building off the idea that Dorothy's trip to Oz wasn't a dream after all, the story picks up 20 years later, where the Scarecrow rules Oz alongside his companions the Tin Man and Cowardly Lion. All seems well at first, but when an old woods woman discovers the Wicked Witch of the West's crystal ball, the Witch's vengeful spirit possesses her and begins to plot revenge on those who stopped her before—and to do that, she needs the Magic Shoes to resurrect herself, which are now in Dorothy's possession.

While the Tin Man and Lion set out to stop the Witch, the Scarecrow travels to Earth via tornado-portal to warn Dorothy and makes new friends in the Bull and the Tree. While the friends' efforts are not enough to stop the Witch from resurrecting and beginning her revenge, the Scarecrow refuses to give up hope that she can be stopped and Oz saved for good—but how, when the Magic Shoes make her nearly invincible?