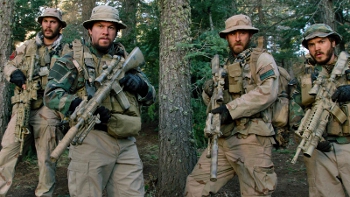 The Film of the Book by the same name, Lone Survivor tells the story of Operation Red Wings and the death of SEAL team 10. Starring Mark Wahlberg and featuring an extended cameo by Marcus Luttrel himself (though not as himself), the story is slightly changed from Luttrel's original telling, and considerably truncated.