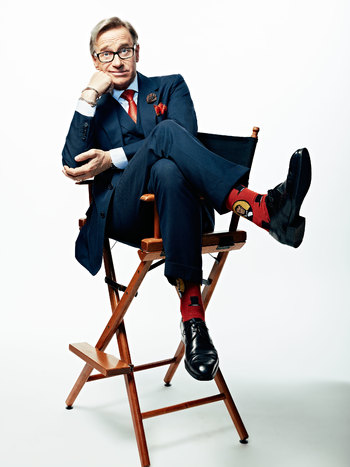 Feig is best known for directing big-budget comedies, often starring Melissa McCarthy. They first worked together on 2011's Bridesmaids, and they repeated the streak with 2013's The Heat, 2015's Spy, and the 2016 reboot of Ghostbusters. 2018's A Simple Favor, his first film without McCarthy since Bridesmaids, pivots from his usual style to that of a black comedy thriller.

He's also known for his work in television, notably creating the short-lived cult series Freaks and Geeks, and producing The Office. Feig has also directed many episodes of other series and created Other Space for the short-lived Yahoo! Screen service.

In addition to his directing, writing, and producing, Feig is also a prolific character actor, with some of his best-known works (as an actor) being the 1995 film Heavyweights, and the ABC sitcom Sabrina the Teenage Witch , based on the Archie Comics character of the same name.