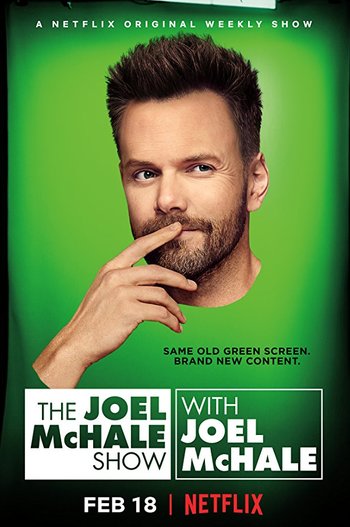 The Joel McHale Show with Joel McHale is a weekly Netflix original series starring Joel McHale, as a Spiritual Successor to The Soup.

Joel shows, and then mocks, various clips from Reality TV, dramas, talk shows, and more. Occasionally, celebrities pop in and skits break out.