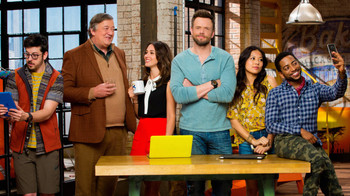 The Great Indoors was a short lived CBS sitcom about a Generation X adventure reporter who must supervise the Millennial workers in the Outdoor limits magazine company, which had become an online only format, thus ending his days of adventure reporting.