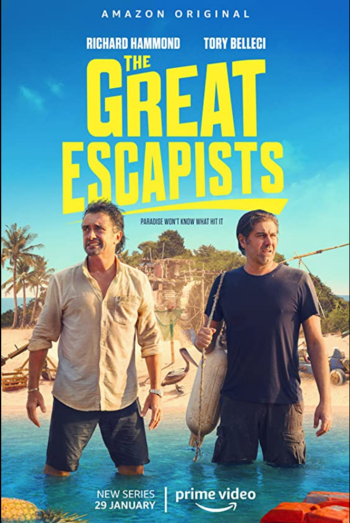 The Great Escapists is a Prime Video original series starring Richard Hammond and Tory Belleci. It was released on January 29, 2021.

Richard and Tory find themselves stranded on a deserted island after a shipwreck. They scrounge together supplies and equipment not just to survive, but to create a tropical playground while trying not to kill each other until rescue arrives.

Unlike Richard and Tory's previous projects, this series makes no pretense about being a factual program and features the two acting out scripted sequences.