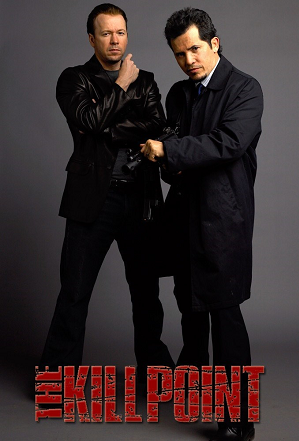 The Kill Point is a 2007 series that aired on Spike TV, about an attempted bank robbery in Pittsburgh organized by a group of disgraced Iraq War veterans who get involved in an armed stand-off with the police when their heist goes wrong and turns into a hostage situation. The cast includes Donnie Wahlberg and John Leguizamo.