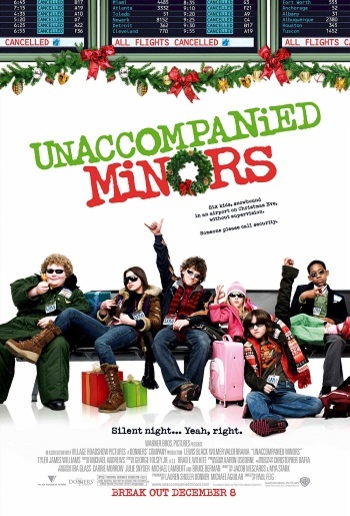 Unaccompanied Minors is a 2006 American Christmas comedy film, directed by Paul Feig. It is about a group of teenagers who are stranded at a fictional Midwestern airport by a blizzard during Christmas Eve. Spencer wants to keep the spirit of Christmas alive in his younger sister, Katherine, and enlists the help of fellow unaccompanied minors Grace (Gia Mantegna), Charlie (Tyler James Williams), Donna (Quinn Shephard), and Beef to arrange an impromptu Christmas party and search a gift for Katherine. Along the way, they have to evade Mr. Porter (Lewis Black), the grumpy head of passenger relations whose own flight to Hawaii is canceled.