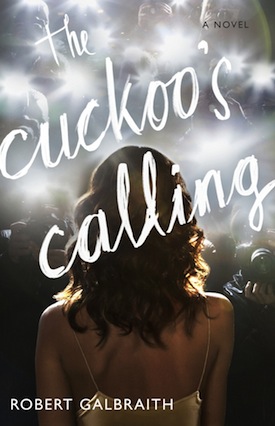 The beautiful model Lula Landry jumps from a balcony in a case that temporarily dominated the British Newspapers. Three months later, we meet Cormoran Strike, a Shell-Shocked Veteran turned private eye who is dead broke and suffering through a messy breakup. Robin Ellacott, a new temp, has just arrived at his doorstep when Strike gets a new client: John Bristow, adopted brother of his former childhood friend Charlie and of Lula Landry. John remains unconvinced that a woman with such a bright future ahead of her would take her own life, and, with no one else to turn to, John implores Strike to help him find out what really happened.

The second Cormoran Strike novel, called The Silkworm, was released in 2014, again under the name Robert Galbraith, and the third novel

Adapted into the first season of the TV series Strike.