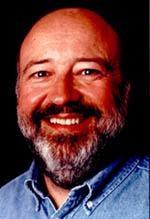 Originally a high school music teacher, Lowe decided to teach himself computer programming and, with the help of his wife and a few friends, founded Sunnyside Soft; his first game, Dragon's Keep, was released for the Apple ][ computer. The game, along with later games Troll's Tale and Bop-A-Bet, caught the attention of Sierra co-founders Ken and Roberta Williams, who saw the games at a convention. Seeing how similar they were to their own Hi-Res Adventures series, they hired him on the spot. With Sierra, he started out with Disney games like The Black Cauldron and Donald Duck's Playground. In keeping with his musical background, he also composed music for games like King's Quest II: Romancing the Throne and Mickey's Space Adventure.

After helping program King's Quest III: To Heir Is Human, Lowe was tasked with developing a graphical remake of Sierra's only text adventure, Softporn Adventure, made by fellow employee Chuck Benton. Lowe famously remarked that the game was so outdated, it "might as well be wearing a leisure suit". It was that remark that gave Lowe the idea to rework the Featureless Protagonist of Softporn into the Disco Dan computer programmer himself, Larry Laffer.

In between Larry games, Lowe worked on other games, including the first Police Quest game, Freddy Pharkas: Frontier Pharmacist, and Torin's Passage.

In 1999, Lowe butted heads with Sierra's then-current owners, CUC Software, after they attempted to get him to design a game without signing a contract first, which resulted him him leaving the company. He has since gone on to make his own personal site

, which provides walkthroughs for his games and manuals to bypass copy protection, and a daily joke mailing list, called CyberJoke 3000.

In the early 2010s, he joined Replay Games, a studio headed by former Sierra employees, to work on remaking Leisure Suit Larry games in HD. However, this was short-lived; after remaking the first Larry game, he chose not to renew his contract with Replay and went back into retirement.

Games Al Lowe has worked on: