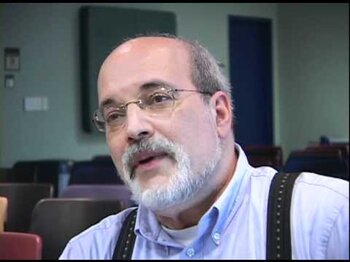 "I'd much rather write about aliens, werewolves, or hungry carnival monsters than about myself..."
Advertisement:

David Lubar (born March 16, 1954) is an American author of multiple young adult novels and short story collections. Formerly a Video Game programmer. His website offers summaries of his works and details on future novels, and can be found here