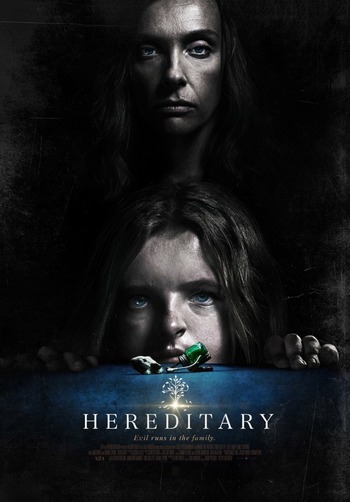 When the Graham family's secretive grandmother and matriarch, Ellen Graham, passes away, the family — miniaturist and mother Annie (Collette), her husband Steve (Byrne), her daughter Charlie (Shapiro), and her son Peter (Wolff) — begins to unravel cryptic and increasingly terrifying secrets about their ancestry. The more they discover, the more they find themselves trying to outrun the sinister fate they seem to have inherited.

The film has been described by Aster as "a family drama that curdles into a nightmare" — and by "nightmare", we mean it's been hailed as one of the scariest films of the 21st century. What exactly this entails is contained in many major twists and surprises, so if you have any interest in seeing this film and have not yet done so, it is strongly advised that you do not read any further.

Annie calling out her son

After Peter accidentally killed his sister, his mother calls him out for not saying he was sorry about it.

Annie calling out her son

After Peter accidentally killed his sister, his mother calls him out for not saying he was sorry about it.