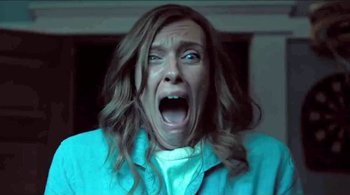 This right here is pretty much the normal human response to this movie.
Advertisement:

There's a very good reason Hereditary has been called "one of the best horror films of 2018."

Be wary: per wiki policy, spoilers are off on Nightmare Fuel pages!