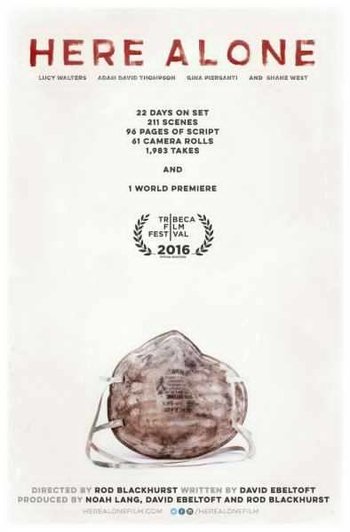 Those who stay die.
Advertisement:

Here Alone is a Survival Horror film directed by Rod Blackhurst. It was screened at the 2016 Tribeca and Tallgrass International film festivals, where it won the Audience Award for "Narrative" and "Outstanding Female Performer" for Lucy Walters, respectively.

It is about a young woman, Ann (Walters), who must struggle to survive alone in the wilderness following a zombie outbreak. She eventually come across and rescues two people: a teenage girl Olivia (Gina Piersanti) and her stepfather Chris (Adam David Thompson).