The character sheet for the 2018 film Hereditary. 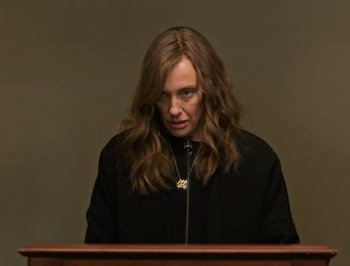 "Sorry, I know it's irrational."
Portrayed By: Toni Collette
"I just don't want to put any more stress on my family."
The mother of the Graham family, a neurotic artist who specializes in creating dollhouse miniatures of the myriad traumas in her life, and comes to suspect supernatural interference in the wake of her mother Ellen's passing.
Advertisement:
Peter Graham 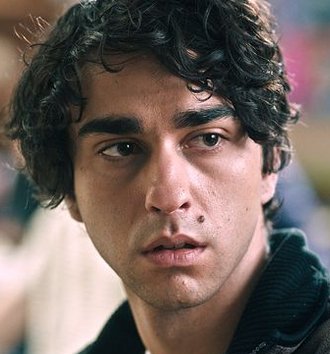 "Are you okay, mom?"
Portrayed By: Alex Wolff
"Mom, stop it! Dad, I don't like this!"
The teenage son of Annie and Steve and the brother of Charlie; a relatively normal kid preoccupied with girls and pot smoking.
Charlie Graham 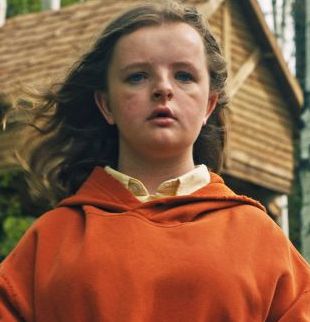 "I want Grandma."
Portrayed By: Milly Shapiro
*cluck*
The aloof and possibly mentally disturbed daughter of Annie and Steve and the young sister of Peter.
Steve Graham 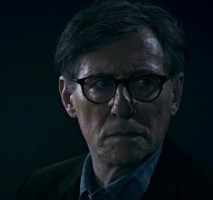 "You know, Annie, you can always build a shrine to all the terrible things in the world, but it doesn't mean that you have to destroy anything that is good."
Portrayed By: Gabriel Byrne
"I have a son to protect. That's what I care about now."
Annie Graham's grounded, supportive husband, and the father of Peter and Charlie.
Joan 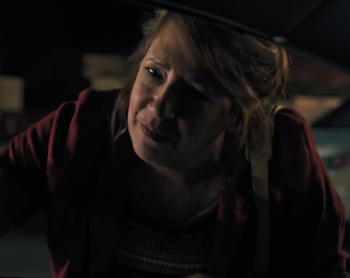 "How's your relationship with your son?"
Portrayed By: Ann Dowd
"I expel you!"
A woman who befriends Annie Graham at a grief support group, and introduces her to the world of seance and the occult.
Ellen Leigh 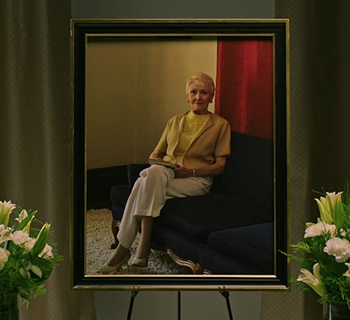 Portrayed By: Kathleen Chalfant (uncredited)
The mother of Annie Graham, who passed away just before the beginning of the film.
Advertisement:
Spoiler Character

One of the eight kings of Hell, a demon who seeks Earthly form and covets a male body with promises of riches and forbidden knowledge to the cultists who follow him.