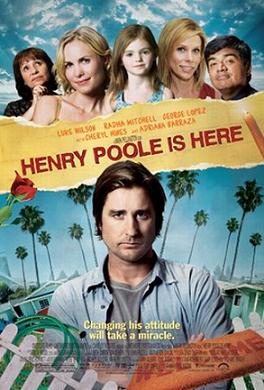 A 2008 dramedy film directed by Mark Pellington, telling the story of a man's struggles with a stain on his stucco wall. It's better than it sounds.

Henry Poole (Luke Wilson) is the man, who's moved into a small California neighborhood and bought a house. When the aforementioned stain is recognized by his neighbor as resembling Jesus, he finds himself subjected to pilgrims, a church investigation, and burning questions on the meaning of life and the futility of worrying about things you can't change.