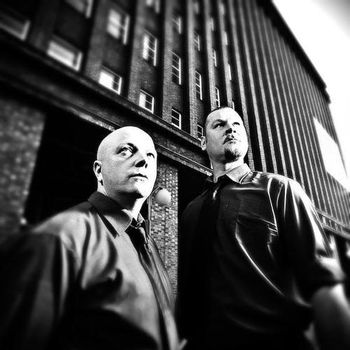 VNV Nation is an Electronic Music project which has made work in multiple genres; predominantly Electronic Body Music, Futurepop (both of which are subgenres of Industrial), and Synth-Pop.

Their first albums; Advance And Follow and Praise The Fallen had a sound best described as "Symphonic EBM." Their breakthrough album, Empires, evolved the sound by incorporating the influence of Trance music. The result was the Trope Codifier for Futurepop and many still consider Empires the best Futurepop album ever made. The following album, Futureperfect, increased the trance influence slightly, leading some of their fanbase to argue They Changed It, Now It Sucks! and Genre Adultery. Afterwards, the album Matter + Form was released; the album demonstrated a more 'retro' sound based on vintage analog synthesizers and incorporated more Synth-Pop influence than usual. Judgment; released in 2007, continued this trend but with more frequent nods towards the groups Industrial heritage. Ditto for 2010's Of Faith, Power, and Glory.

In 2012, the band played at the first Gothic Meets Klassik in Leipzig, which marked the first time they performed with an orchestral ensemble. They recorded their performance to be released, but the resulting recording was deemed unusable. This led to their next album, Resonance, released in 2015.

This band's music provides examples of: