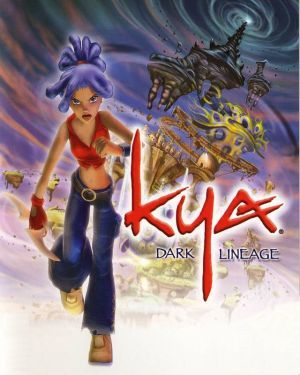 Kya: Dark Lineage is a 3D action Platform Game developed by French studio Eden Games, published by Atari, and released in 2003 for the PlayStation 2. It tells the story of Action Girl Kya, who is teleported to Another Dimension after her brother discovers an ancient artifact in the basement of her house. She quickly becomes embroiled in a conflict between the local Nativ and an Evil Overlord named Brazul, who has been kidnapping and transforming the Nativs into loyal servants known as Wolfen. Her brother, by contrast, is quickly captured by Brazul, and used for his research. Armed with a bracelet, a boomerang-like hair clip, and a dose of magical abilities, Kya sets out to restore the Wolfen back to peaceful Nativs, defeat Brazul, and find a way to get back home.
Advertisement:

Has its own wiki here.