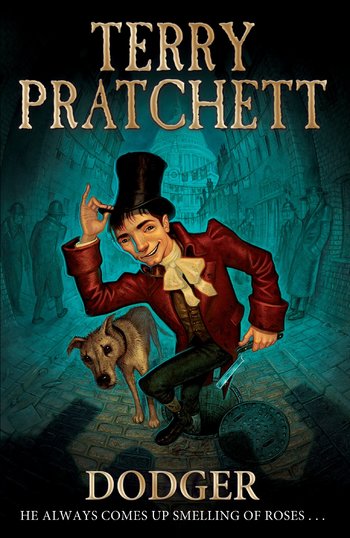 "Dodger is a tosher – a sewer scavenger living in the squalor of Dickensian London. Everyone who is nobody knows Dodger. Anyone who is anybody doesn’t. But when he rescues a young girl from a beating, suddenly everybody wants to know him. And Dodger’s tale of skulduggery, dark plans and even darker deeds begins..."
Advertisement:

Dodger is a non-Discworld novel by Terry Pratchett, about a tosher (young person who goes down the sewers looking for valuables; they're young because it's not a job that leads to a long life), who rescues a girl from apparent kidnappers, and finds himself in a very complicated situation when some well-off do-gooder charges him with finding out what's going on. Published 13th September 2012.