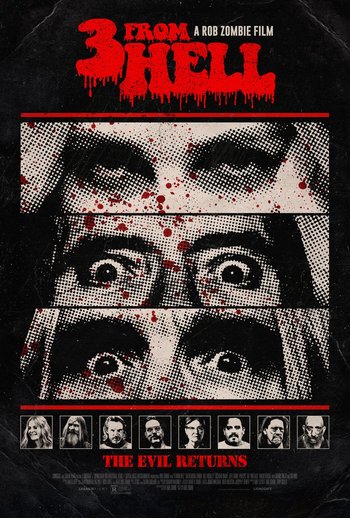 "Hello, America. Did you miss me?"
— Otis B. Driftwood
Advertisement:

3 from Hell is a horror film directed by Rob Zombie. It's the third film in the film series that started with House of 1000 Corpses and continued with The Devil's Rejects. It is the final film starring Sid Haig to be released during his lifetime, as he passed away a couple of days after the film's limited theatrical release in September 2019.

The film picks up from the climax of Rejects and reveals that the Firefly Family survived the shootout and are taken to prison; there they escape and cause more murder and mayhem.